Success at the Royal Welsh Show 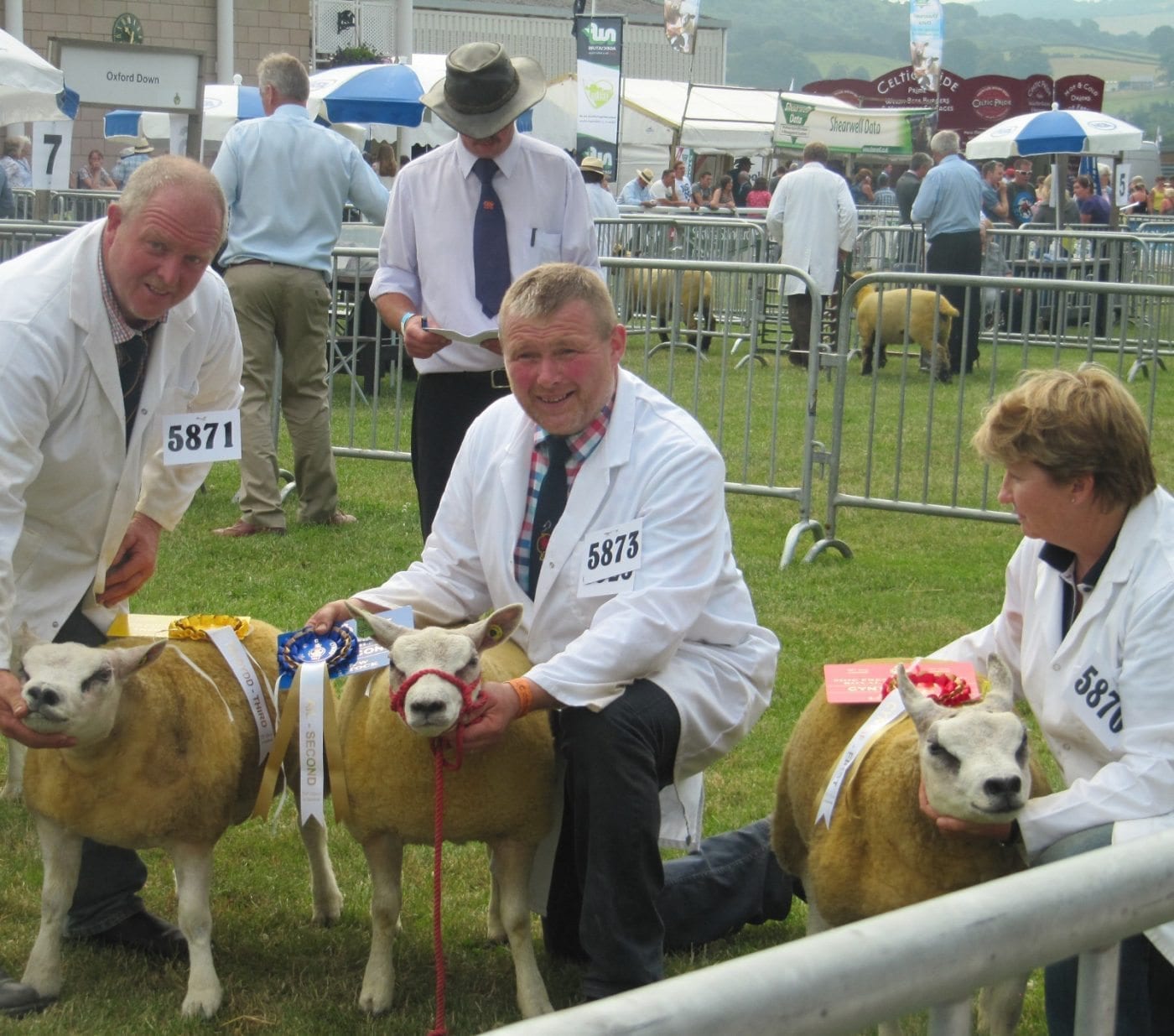 It’s back to the shop today after a busy week at the Royal Welsh Show.    A homebred ram lamb from the Rattray flock was proud to stand second in his class  to a lamb from the Glantre flock that later went on to win the breed’s male championship.   Also displaying prizecards for the Rattray flock were a ewe lamb and a shearling ewe and a 2nd prize was  achieved for the group of three sheep comprising two ewe lambs and a ram lamb.   The young Rattray’s also showed their ability in the showring with both reaching the final round of the Senior Young Handler Classes and Steffan gaining 4th position overall.  Well done all.