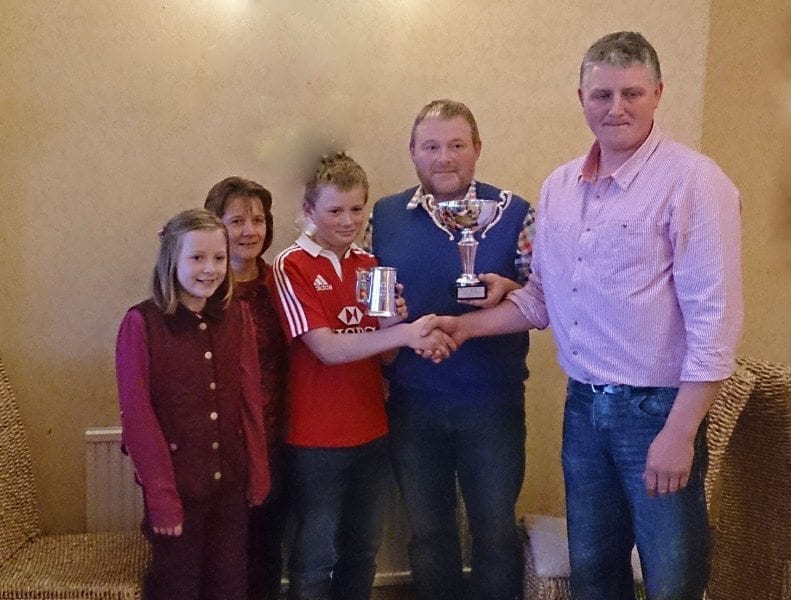 Rob, Sheila, Steffan & Elin Rattray winning the Welsh Beltex Club Flock of the Year Competition and being presented with the Cup by retiring Chairman,  Hefin Hughes.    The competition was judged by Mr Tom Ashton of Wigan, Lancashire, a pioneer of the breed and the first to introduce the Beltex sheep to the UK back in 1989.    Iwan Jones’ Tywi Flock was judged winner of the small flock contest, for flock with less than 20 in number, whilst the Rattray’s flock won the large flock contest and were named the overall winners.